Hi. Hello. I’ve been gone a while from blogging. It’s mostly intentional, with a hint of exhaustion. I’ve had quite the year. Between the election, transitioning cities, and traveling this summer, I have had quite the limited emotional and general capacity to write. Overall I’ve been frustrated, angry, hurt, and overwhelmed by the state of society and the church when it comes to the topic of race and ethnicity. This is a gospel topic and it’s high time we treated it as such.

With the recent developments of blatant white supremacist rhetoric and violence erupting in Charlottesville, Virginia, I’ve felt like it’s time again (seriously, I write a post on racism every late summer/early fall….what’s the deal, America?!) to remind us collectively that this is absolutely unacceptable, evil, and should be condemned. Especially by people of faith. As I’ve been reading articles and mulling over the realities of how far we are in the United States from an equitable and anti-racist society, three things have risen to the surface for me.

1. I am convinced we must call out racism and white supremacy in all forms.

If we believe that all people have inherent worth and value (Genesis 1:26-27), which Christians do, then any ideology, belief, OR ACT that elevates a racial group above others stands in direct contradiction and NEEDS to be called out. I don’t know what’s scarier right now, that many people are dead silent on calling out the most blatant acts of white supremacy or that we as a society can’t recognize the racist systems that have been operating in our country for hundreds of years. We should be just as mad as white supremacists who run people over at rallies and chant racist things as we are at gentrification pushing people out of their neighborhoods and discriminatory practices in policing and lack of representation for people of color in governing bodies and more.

As a Christian, I am convinced we must call out racism when it happens because the gospel declares that only Christ is supreme. Yet, even Jesus yielded his life for the sake of others (Philippians 2:3-8). White supremacy fights for the highest position. It doesn’t yield or count others as better than itself. Elevating anyone but Christ leads to division, which is not godly.

2. I am convinced God is good even when people are not.

I’ve talked with friends and family who struggle to believe God is good and present when our society looks the way it does. I genuinely respect that. I find myself in a different place in this season of life, however. As I continue to read Scripture, I see a loving God (1 John 3:10) who has always loved ALL people (Genesis 1:26-27, Genesis 12:1-3, Psalm 67, John 3:16-17, and so so many more). I see a God who raised up prophets in the Old Testament to speak to his own people and other nations about how their idolatry and oppression of the orphan, widow, foreigner, and poor is not pleasing to him (Micah 6:8, Zechariah 7:8-14). I see a world consumed by sin, and yet a God who made a way to overcome this through Christ.

I may have written this elsewhere, but I’ve never been a “faith in humanity” kind of person. I see too much brokenness around me and within me to put trust in people to make things right. But I do see a God who demands righteousness AND makes a way for us through Jesus and the power of the Holy Spirit.

I love Jesus. He is good, humble, and loving. He is God incarnate. He loves people so radically and well. He is simultaneously holy and full of grace. He is worthy of my faith and life. I realize that’s not everyone’s story, but when I look to my Jesus, who gave everything up for the most broken people, I am compelled to trust God even as the world looks as crummy as it does.

3. I am confessing bitterness that I’ve been harboring for a long time. I’m also becoming convinced again for the need for hope.

I’ve been pretty mad at Christians for a while, even though I am one. The 2016 election, the lack of compassion for communities mourning, the silence on so many things have all left me angry and in pain. There are clearly deep misunderstandings (including among Christians) between white people and ethnic minority people. I’ve been really bitter about this. Don’t get me wrong, I think that there is a place for righteous anger when it comes to injustice and oppression. But I’ve also allowed anger to seep into my posture towards others. I’m just publicly confessing that. Obviously, anger and hatred of any kind does not please the Lord. And it has also robbed me of hope and joy. Recently at the Global Leadership Summit I heard speakers who spurred me on to consider taking the hopeful road. I want to. I genuinely do. I’m becoming more and more convinced that even as we fight injustice and evil, we must continue to remain hopeful. Easier said than done, but that’s why we need Jesus.

I know what God promises of heaven: that all nations will be there praising him (Revelation 7:7-9). How beautiful that is! And how completely destroying of white supremacy that is! I have hope because I know who my God is and that he rejects racism and oppression and injustice and white supremacy.

I truly believe we are all in need, individually and collectively, to be called to a higher standard of words and actions when it comes to issues of race and ethnicity. We can and should call out inappropriate words, deeds, and systems, but when it comes to our fellow human beings let’s call one another up knowing full well we all fall short. Even as I write this blog, I’m joining arms with you, reader, to move forward. Let’s call each other up to a more just, more equitable, and more loving state of being.

I’d like to leave you with some verses and thoughts on what to do, in case you are interested. These things are not exhaustive, and the verses I cite above are not exhaustive- they are just a few things on my mind.

“For where jealousy and selfish ambition exist, there will be disorder and every vile practice. But the wisdom from above is first pure, then peaceable, gentle, open to reason, full of mercy and good fruits, impartial and sincere. And a harvest of righteousness is sown in peace by those who make peace.” (James 3:16-18) 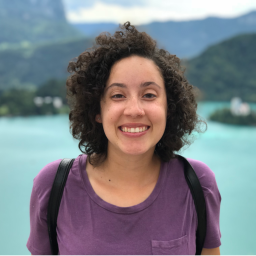 Hey there, I'm Devin!
Welcome to the Steadfast Pursuit.

xoxo
Yesterday’s Sabbath views ✨ . . Finally got all our instruments in one place - the library/workout/music room 😂🙏🏽 . . Here’s to cultivating many musical moments with our girl. 🎶
Just wrapped day 1 of week 3 of the #eandefreshstartchallenge (on wk 11 of the guide). . . Been loving the postpartum guide that gets me moving, builds strength, and is PT approved for each week after having Alma. 💪🏽 . . #eandeaccountability #eandemama #eandefreshstartchallenge
Happy Monday from me and the bean. 👶🏻 . . These days are slow and fast, open yet full. It’s a joy to soak it all in. The past few weeks, I’ve been logging on every other day to social media and it’s been a game changer. I felt kind of addicted to the scroll and the instant gratification of it all and just decided to slow my consumption. Who knows how long it will last, but I find I’m not missing much and not feeling a need to be online all the time. 🤷🏽‍♀️ Just thought I’d share in case you, like me, wanted a simple step to feel more present. The view IRL is worth it, peeps. 😍
Friday morning hangs ✨ . . And a throwback to when my peeps first met 😍
Good morning, 2020 🌇 . . Alternate caption: New Years with a newborn 😅😴
%d bloggers like this: